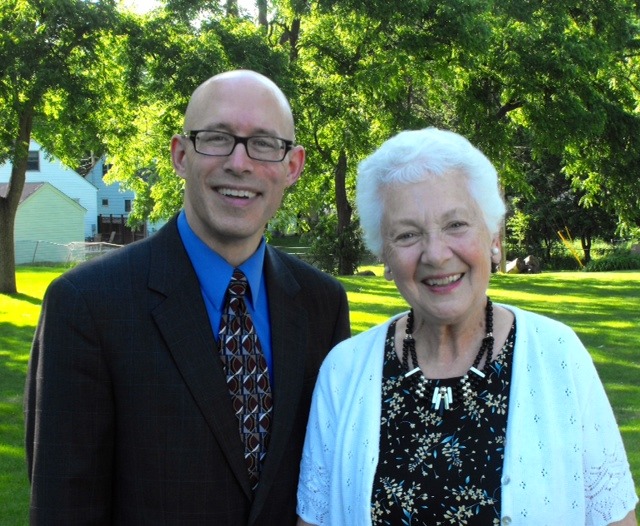 “I am proud to stand behind Scott Allen in his bid to be our representative. Knowing Scott as I do, I can tell you he will be a representative that we can be proud of. His education, his experience, and his knowledge of our community make him the best candidate for the 97th District,” Mayor Lombardi said. “I am eager to cast my vote for Scott Allen on August 12th,” she added.

Scott Allen was elected to the Waukesha Common Council in 1998, the same year Carol Lombardi was elected Mayor. Scott served one 3-year term on the Council before stepping out of office to spend more time with his young children.

Scott has a bachelor degree in political science from UW-Milwaukee and two master degrees from the University of Southern California, one in urban planning and one in public administration.

In addition to his full time work as a real estate sales director, for the last four years Scott has served on the Waukesha County Community Development Block Grant (CDBG) board. That board makes allocation recommendations for federal grants to local agencies like the Salvation Army and La Casa de Esperanza.

“I am honored to have the support of Mayor Lombardi. Certainly, there is no one who loves this community more than Carol Lombardi,” said Scott Allen in responding to her endorsement.

With no other political party with a candidate on the ballot in November, the election of the next representative to the State Assembly will be the Republican primary election on August 12th. The 97th District includes the southern half of the City of Waukesha, part of the Towns of Waukesha, Genesee, and Mukwonago.