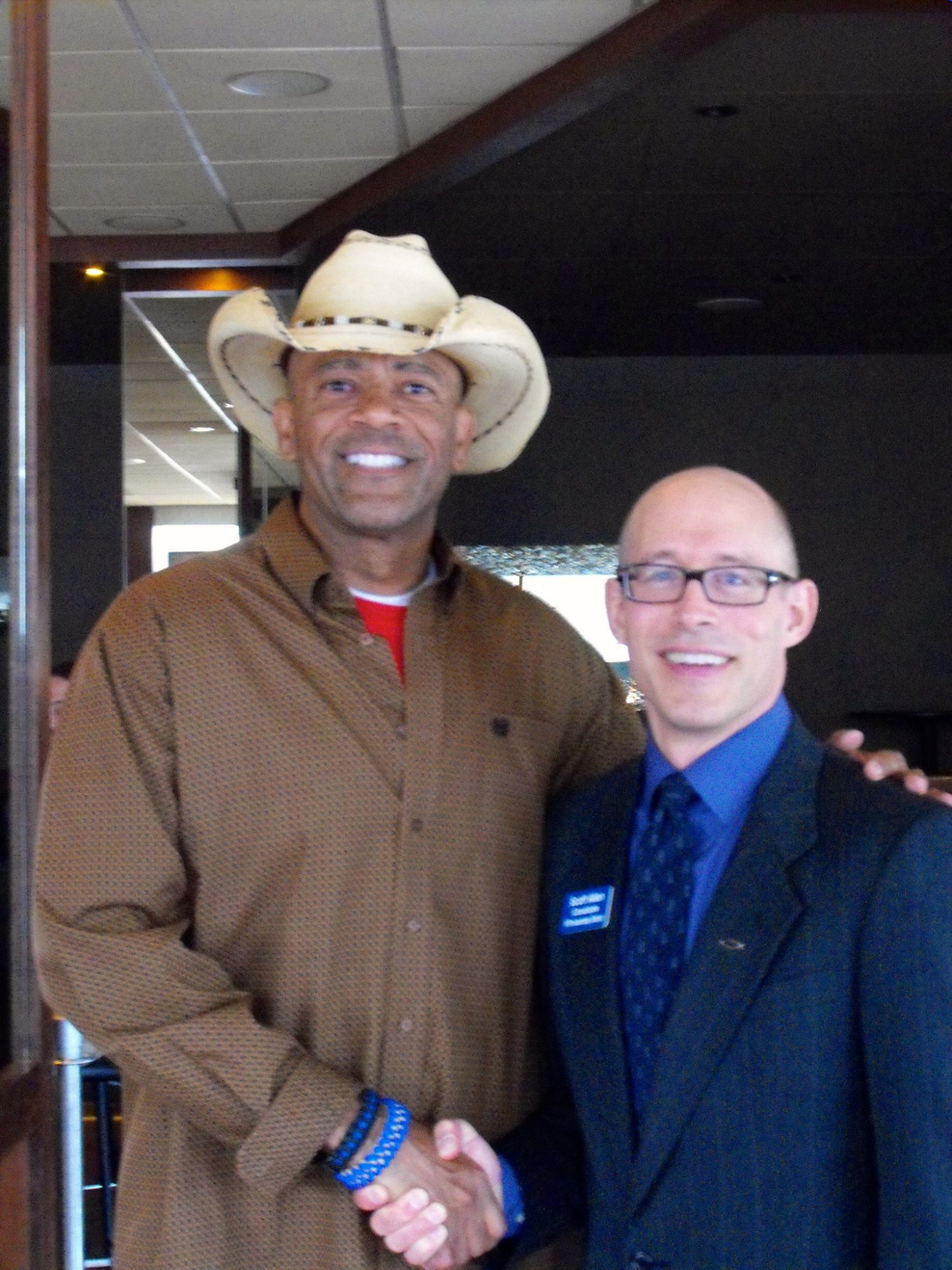 Most of us figured this out long ago. Clarke is to the right of most righties, but he has to run as a Democrat to win in Democratic-heavy Milwaukee County.

But that hasn’t prevented Clarke’s partisan affiliation from becoming a major flash point in a heated Waukesha County GOP primary.

Brandon Rosner — the front-runner to replace disgraced state Rep. Bill Kramer, a Waukesha Republican — is ripping one of his four GOP foes for featuring Clarke at a recent fundraiser.

Scott Allen, the Republican Assembly candidate who is the target of the attack, doesn’t mind the criticism. He wishes only that Rosner would broadcast it a little more widely.

“I am proud to have Sheriff Clarke and his wife as supporters,” Allen said recently.